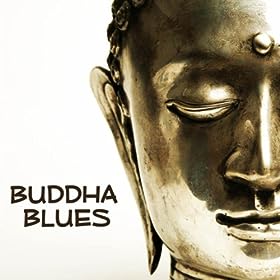 Taigu, our other Teacher here at Treeleaf, posted this week that he was going through some HARD TIMES at home and work, feeling stress and the blues from his job. Taigu recounted a story about the great Tibetan Teacher Chogyam Trungpa who, according to detailed accounts by his wife, suffered from frequent bouts of depression so severe that Trungpa was sometimes pushed to the point of considering suicide. (page 27 to 29 here) Taigu was talking about a little blues in his own case, not anything like Trungpa. Even so, some folks contacted me privately this week expressing surprise, believing that Buddhist Teachers should be beyond the blues and all stresses of life, perpetually in a realm of all encompassing bliss and tranquility. After all, isn't that the point of ENLIGHTENMENT?

Well, what may startle some folks is that Enlightenment does allow one to be totally beyond the blues and all stresses of life, free of loss and longing and sickness and aging and death ... even right in, as and amid days of sadness, times of stress, loss and longing, sickness and aging and death. BOTH VIEWS AND THE VIEWLESS, AT ONCE AS ONE. Oh, one should not be a prisoner of extremes ... falling into anger and violence, excess longing and greed, life halting depression and thoughts of suicide, destructive panic, uncontrolled regret and other harmful extremes of thought and emotions. However, the full range of moderate, healthy emotions ... life's normal ups and downs ... are what life is about and are not to be fled. Heck, any human being can even suffer depression or some other human weakness for a period. At the same time, right in the ups and downs, this Buddhist Way allows us to simultaneously taste a way of being thoroughly transcending up and down ... all at once. Strange as it may sound, one may sing and feel the blues ... and be beyond the blues ... at once.

Perhaps the very concept of "Enlightenment", and the point of this Buddhist enterprise, has evolved over the centuries ... into something far more subtle and powerful than even the early interpretations of long ago. You see, originally, the goal of early Buddhism might actually be best described as total escape from this world which is seen as a realm of suffering. Family, home and ordinary life were to be left behind on a path of cooling and abandoning human emotions and human ties. This life, the possibility of rebirth, was not looked upon as something positive to be lived, but as something to be fled. The goal was halting the endless chain of birth and death and rebirth.

Next, a concept of "Buddhahood" developed in which a Buddha or other Enlightened Master might be beyond all human attachments, sadness, fear, regret, longing, and all the rest even in this life. This is still perhaps the most widely held image of "the point of Buddhist Practice" that most Buddhist folks are to aim for. Old Buddhist Sutras, myths and hagiographic histories, painting exaggerated portraits of our long dead heroes, contribute to the image by stripping such saints and supermen of every human weakness or failing, thus building an idealized legend.

But with the passing centuries, a much more subtle viewless view of "Enlightenment" developed, and this is perhaps the most powerful of all. For in this "Enlightenment", one could live fully this up and down life, with family and household responsibilities and work and all the pains of normal life, the rainy days and sunny ... feeling it all ... yet simultaneously, thoroughly free of it all. Amid sadness, feeling sadness yet simultaneously embodying that Joy that sweeps in both small human happiness and sadness. Knowing birth and death, the travails of aging and passing time ... yet simultaneously free of birth and death and time. Oh sure, one still needed to avoid the extremes and perils of harmful emotions such as excess greed, anger and all the other chains of the runaway mind ... but in so doing, the result is a kind of "Buddha cake and eat it too" view of an enlightened life amid Samsara. Yes, the Buddha DOES TOTALLY ESCAPE from the world and the prison of Samsara ... right here amid the prison of Samara, right at the heart of the sometimes hard and stressful times of human life. There is a Peace, Beauty and Wholeness that holds all the broken pieces, both the beautiful and oh so ugly, the simple pleasures and unavoidable pains, of this complex world.

If you ask me, that is the most powerful view of Enlightenment, allowing Peace and Joy right amid a full, rich and balanced life, freedom from birth and death while born and growing old and someday dying. I would not trade it for any other Enlightenment even if all the Buddhas and Ancestors were to appear before me and point elsewhere. Anyway, in my heart, I do not believe they would.