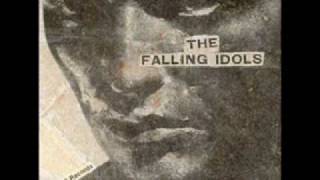 Following up on a prior talk by me called Sex Scandal Finger Wagging (Link Here), I now wish to call out some other damn foolish behavior witnessed in the ongoing big hoo-hah about Sasaki Roshi at SweepingZen.Com ...

I wag my finger at those so invested in their religious or other heroes and "gurus", their idealism and romanticism about "Enlightened Roshis", that they are blind to serious failings, look the other way even when seeing the reality before their eyes, try to explain things away, try to compartmentalize the wrongdoing as somehow unconected to his otherwise "Enlightened Nature", accuse the whistle blowers for the whistle blowing and, as a final escape, characterize years of sexual harassment and abuse and other serious flaws as actually "a Great Spiritual Teaching" "Skillful Means" or the like. Baloney.

I tsk tsk those who go to the other extreme and label all Zen Teachers as frauds, hollow Robes, corrupt, use these events as an excuse to reject all Buddhist Teachers as unhelpful and even harmful, and participating in Sangha guided by a Teacher as not "real Zen". More Baloney. For 2500 years, in China, Japan and all the rest of Asia, Zen and Buddhism has been largely a Tradition bound, Teacher based path ... and the so called "Zen Iconoclasts" were pretty darn conservative actually. You have little understanding of Zen history.

I also call out (a little bit) Adam, the publisher of Sweeping Zen. SweepingZen is a valuable resource to the Zen Community, an effort to offer an alternative to the mainstream Buddhist magazines that often seem to present a certain purified and pablum view of Buddhism. SweepingZen is providing a real service to all of us by shedding light on some dark corners and serious issues which, I expect, will leave this Way stronger and better rooted in the end. Other Zen Forums have often tried to sweep such things under the rug, paint a rosy picture of Zen, silence critics and whistle blowers. Adam, as the editor of the publication, needs to develop a bit more of a thick skin to those who do no want such hard questions discussed, and wish to shoot him as the messenger for bringing the message. However, I also think that he may need to exercise a bit more editorial moderation to make sure that discussion and commenting stays civil, avoids mud slinging and falsity and rumor, as in any reputable news publication and all within the bounds of Right Speech.

I wag my finger at Kuzan Peter Schireson and his wife, Myoan Grace Schireson. Although I am big fans of both, and a friend, and support Grace's efforts at prevention and healing of situations of abuse in the Zen Community (even as I think that it is sometimes a bit extreme), I believe they both stepped over the line in making and sticking to descriptions of Brad Warner that are false, twist and wrongly malign his character. They should apologize in the clearest terms for having done so, and they have not done so. Shame on them for that.

I also wag my finger at Brad Warner (although I forgot to mention this in the video), for being so up in arms about sarcastic postings and a comments section at SweepingZen that is open and a free-for-all in which false accusations and rumors and sharp words can sometimes be left without check ... much the same editorial policy (or lack thereof) that Brad has maintained on his own blog for years. That's the pot calling the kettle black. Brad should get his nose out of a twist and support the efforts being made at SweepingZen as an alternative Zen online magazine ... the kind of place where Brad should fit right in.

I wag my finger at Buddha, Hui-Neng, Dogen and all the Ancestors for faults that we don't know about because they were likely scrubbed up in history after they were dead.

Finally, I wag my finger at myself ... for wagging my finger at everyone else, and probably pissing off more than a few of the wagees. And also, for any faults and failings of my own. May my students someday write about me honestly, for better or worse, both while I am alive and after I am dead.